International competition entree for a memorial for the Victims of Totalitarianism in Brussels; awarded second prize (2017).

The competition was held under the patronage of European Parliament President Mr Antonio Tajani, of EU Commissioner for Education, Culture, Youth and Sport Mr Tibor Navracsics and of the Ambassador of the Czech Republic to Belgium Mr Jaroslav Kurfürst. The goal of the project is to propose the first-ever pan-European memorial for all victims of 20th century totalitarianism in Europe on the Place Jean Rey, in the heart of the European district in Brussels.

Thirty-nine anonymous entries from all over the world were forwarded to the Jury members, including, among others: EU Commissioner Tibor Navracsics; Deputy Mayor of Brussels Mr Geoffroy Coomans de Brachène; world-renowned British architect Lord Norman Foster; and Ms Julie Beckman and Mr Keith Kaseman, authors of the Pentagon Memorial in Virginia, USA. 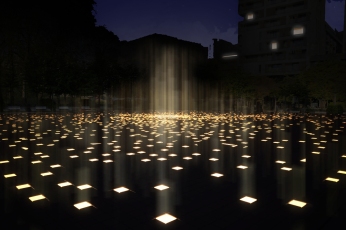 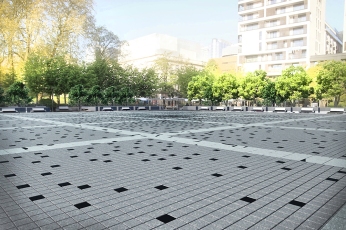 The memorial consists of lights and memory boards. Dispersed across Jean Rey
square, numerous light-beds embedded into the existing pavement meet at the
center to resemble a constellation. The organic pattern formed by their position
symbolizes the past and our contemporary project of Europe at its center – conceived to oppose ideologies whose victims it commemorates.

We believe that totalitarian regimes can not be compared and that the very notion of ‘totalitarianism’ needs to be re-visited and understood. This is why the memorial wants to achieve two things: 1) educate the public about the topic and 2) remember human victims of different regimes. The memorial is a constellation of light dedicated to learning about history and remembering the unsurmountable loss of lives.

The very process of embedding lights into the square is transformative: cobblestones
are extracted and voids they leave are filled with lights. Public will be invited to
participate in the extraction process and the cobblestones (with a name of a victim engraved) will be possible to purchase.

During the day, embedded lights are black whereas at nightfall they resemble a starry
sky. The lights are interactive with visitor’s activities at memory boards placed on top
of the existing water jets to symbolize the looming presence of the past. Here, two
interactive screens allow access to a digital archive of victims and relevant historical files. When a visitor opens a particular document or personal biography, an assigned light on the square exerts additional glow. In this way the activity of the explorer changes the memorial space on the square without him or her being instantly aware of it.

The digital archive will continue to expand as new information will be added.
In this way, the Memory Constellation becomes an experiential, interactive and educational public space. 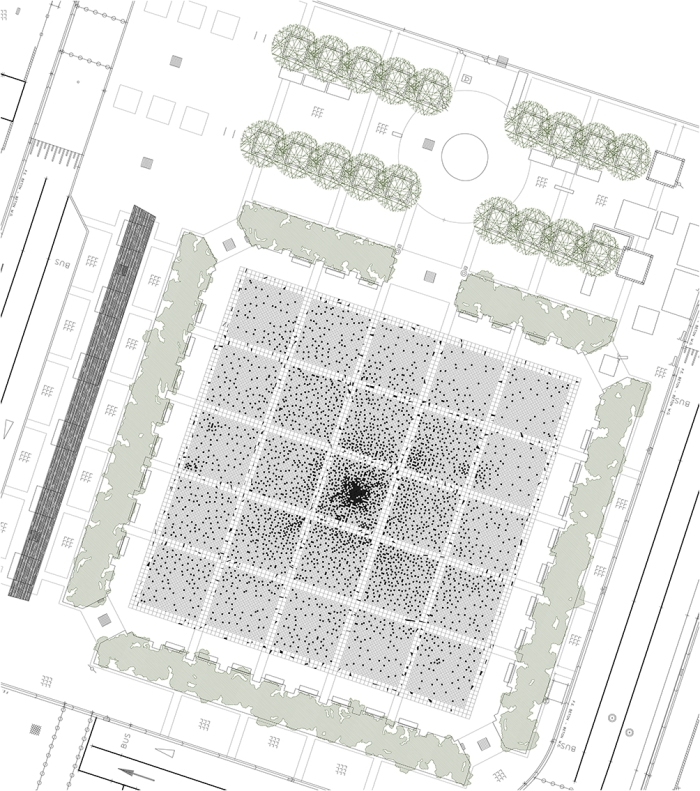 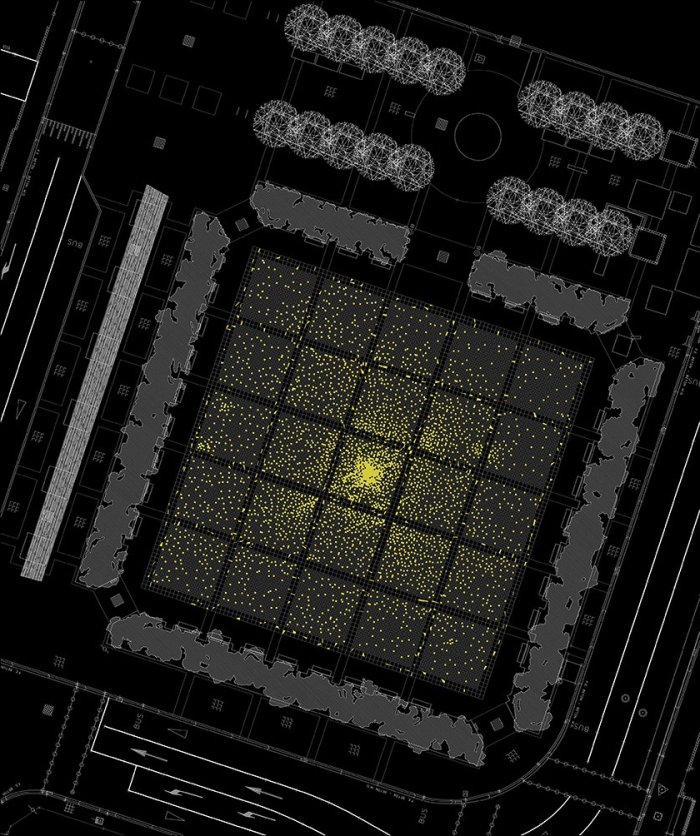 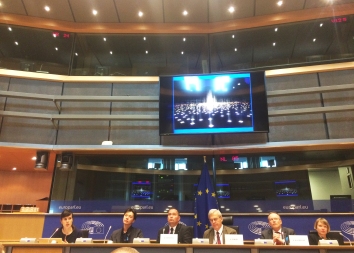 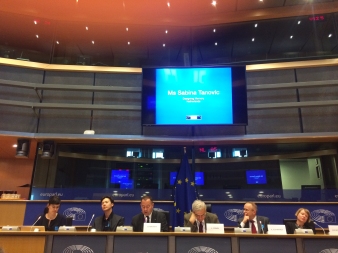 presentation in the European Parliament

more information about the competition:
https://memoryandconscience.eu/memorialbrussels/