In Gornji Zovik, Bosnia and Herzegovina, two St. Franciscus van Assisi churches stand next to each other: a 19th century church and an unfinished one from the mid-1980ies. The latter was meant to replace the first, but the building and removing processes were stalled beginning 1990ies. The odd coupling suffered a significant damage during the 1992-95 aggression on Bosnia and Herzegovina. Afterwards, the 19th century church was deemed a national monument. Today, a tense spatial dialogue between the two churches demonstrates a fickle nature of remembering. The local community, together with Franciscans who are the official owners, aim to render this coexistence less awkward and more useful. 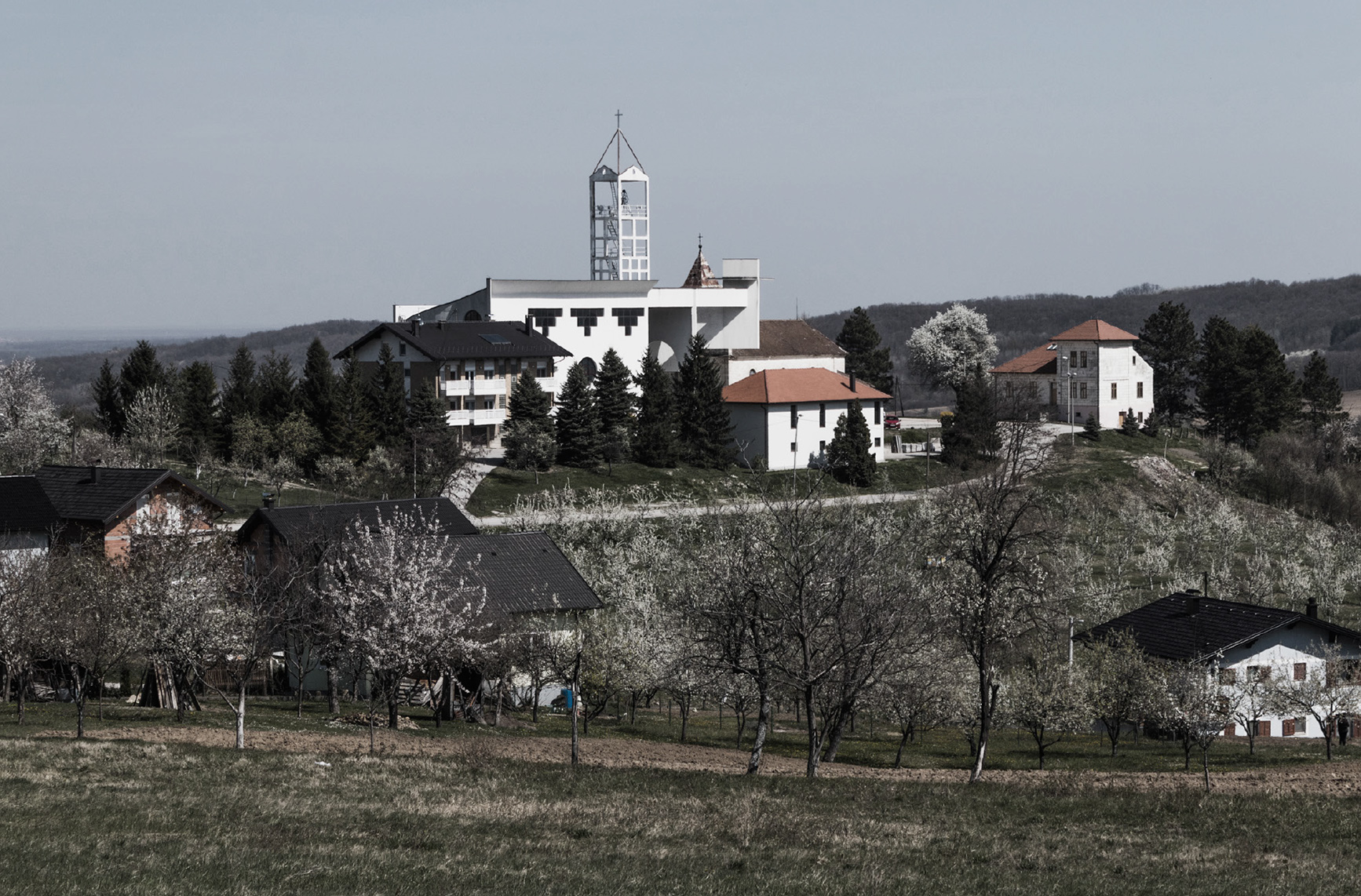 As a way to deal with a stark spatial disunity, the concept solution introduces a Third Church. Instead of pursuing aesthetic unification of the existing ones, the Third Church acts as an accentuation of the their very different characters. Their proximity becomes an entry portal to the Third Church: an open landscape. The aim is to invigorate collective appropriation of the place by both local residents and a growing group of former residents (especially new generations) who visit the town only seasonally. The Third Church will offer a framework for people to interact with nature and landscape by planting and creating it themselves. The design provides a necessary framework.

Additionally, a new cemetery and a moratorium are planned in the walking distance from the churches’ square. The New Cemetery maintains a visual connection with the three churches.

The New Cemetery is informed by Franciscan principles based on simplicity and modesty. Materials used follow local architectural practices that prominently use rammed earth, wood and stone. Symbolic meaning of the cemetery’s layout and landscaping features such as water, communicate how fragments create a unity. 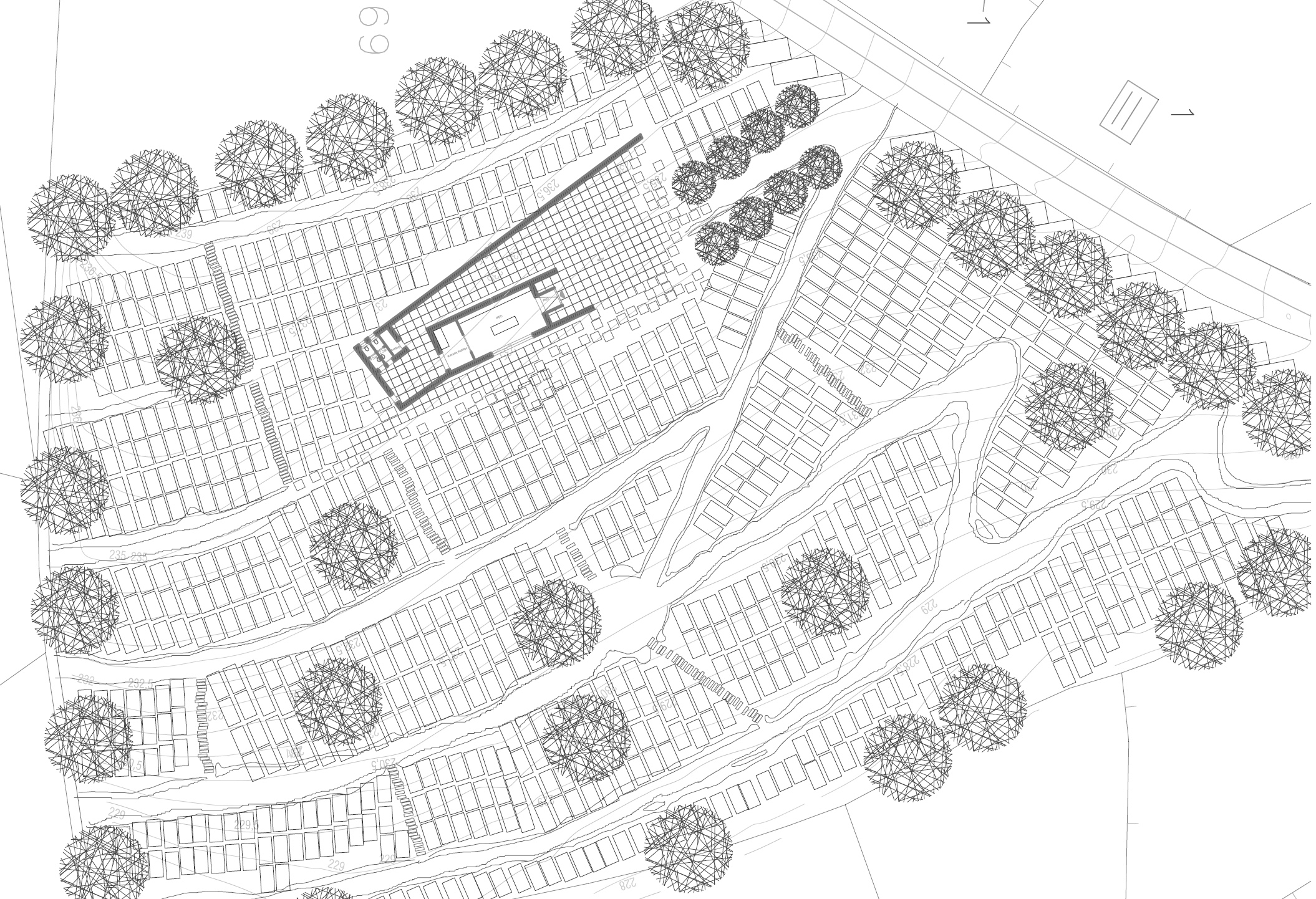 The cemetery chapel and the moratorium constitute three parts, each serving different purpose. Their organization and juxtaposition demonstrate a close proximity of the material and immaterial. The chapel provides a solemn gathering space that overlooks the whole cemetery and the three churches on a hill across.